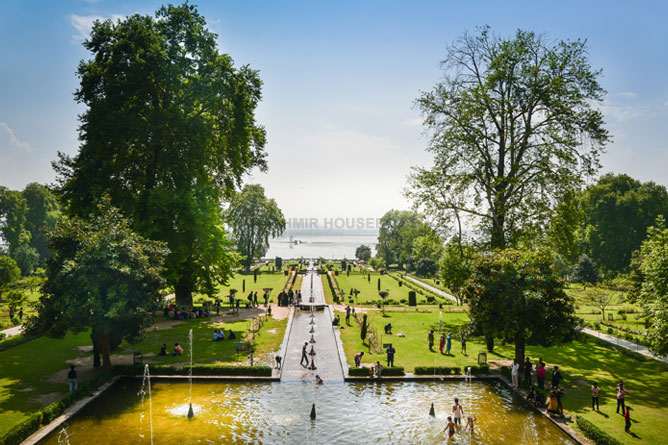 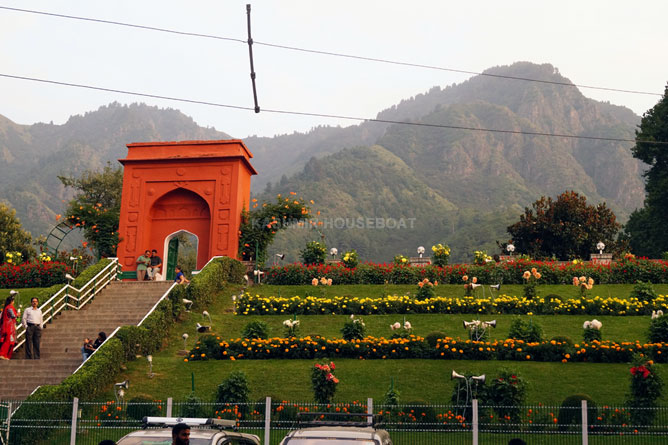 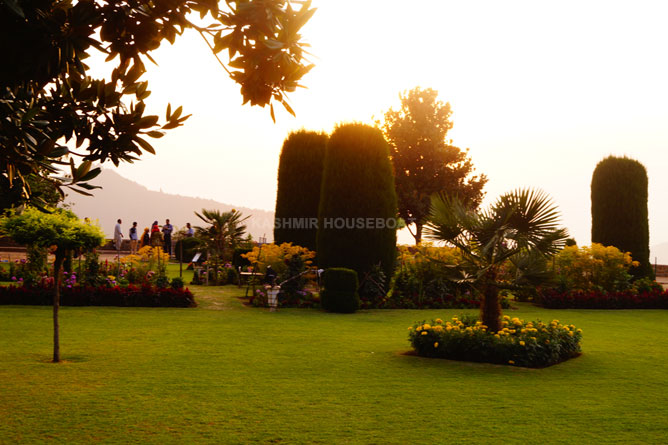 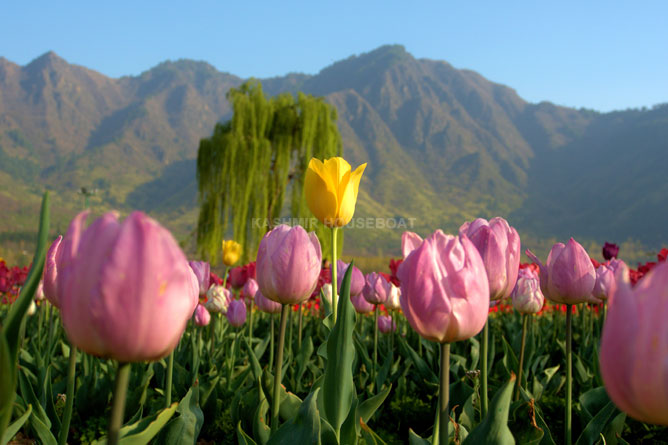 A Heritage Tour to the Mughal Gardens in Kashmir

The incomparable beauty of Kashmir has earned a worldwide recognition as the “Paradise on earth”. From the green landscapes, golden tinted meadows to the pristine lakes and gigantic snow covered mountains, this place in the north ranges of Himalayas holds together the various phases of nature. To enhance the beauty of Kashmir and gifting it some historic landmarks the Mughal rulers who once ruled over Kashmir built few magnificent places to visit in the 17th century. The royal families of Mughal dynasty also constructed beautiful gardens in the vicinity of Srinagar. These gardens are popularly known as Mughal Gardens in Kashmir and its beauty attracts a lot of visitors around the year from within the country and also from abroad. Taking a tour to these gardens will take you close to the nature and make your journey to Kashmir a fascinating experience.

Nishat Bagh : The Garden of Bliss

The beauty of Nishat Bagh is beyond the words of admiration. Amidst the dominating rein of Mughals, Jahangir came up with the glory days for the state after a long time. Being an admirer of avid art, under his reign many majestic monuments were built, which also includes Nishat Bagh. Asif Khan who was the brother ofMughal Queen Noor Jahan(Jahangir’s wife) had constructed this garden in the year 1633 AD. Present in the foothills of the Zabarwan range and traced to be exactly located on the banks of Dal lake, Nishat is considered as one of the best parts of Mughal gardens. From here you can have a majestic view of the Dal Lake. The garden gives a stunning view of the 12 terraces that it holds together each of which is dedicated to a particular zodiac sign. What makes it attractive is it being filled with roses of different colors, germaniums and other exotic flowers. A beautiful water channel runs right through the middle of the garden, Heading towards the Dal Lake. This garden is crowded in the summers and is considered a perfect spot to hang out with friends, family and peers.

Shalimar Bagh : The Abode of Love

Constructed by Jahangir, the aura of Shalimar Bagh clearly lets anyone know about the love the Mughal emperor had for nature. This garden was built in the year 1619 and is set nearby Nishat garden and interestingly is also located on the banks of Dal Lake.The architecture of the garden is believed to be inspired from the Persian Chahar Bagh which makes it quite attractive. The garden is trisected into three terraces and each one has its own significance. The Garden is elegantly adorned by beautiful flower beds and canals. A water channel runs in the middle of this garden as well, making it more beautiful and scenic. This garden is widely known for the more than 400 water fountains in its premise that usually sprinkle in rainbow colors after being assisted by sunlight. This spot also gives out an alluring view of the Dal Lake. Autumn and spring is the ideal time to visit this place. Shalimar garden is also filled with the beautiful Chinar trees which act as an icing on the cake.

Chashma Shahi is another integral part of the Mughal gardens, built by Ali Mardan Khan in the year 1632. This garden also lies in the banks of Dal Lake but is comparatively smaller than Nishat and Shalimar. This area was built keeping in mind the attraction caused by the natural spring whose water, interestingly is believed to possess certain medicinal properties and holds the history of curing the illness of Mumtaz Mahal at a point of time. The garden has three terraces in total, out of which the first terrace holds the spring. The architecture also plays a key role in attracting visitors due toits Iranian influence and the built design is also believed to be inspired from Persian gardens. An English author named Amit Kumar called Chashma Shahi as ‘one of the most charming architectural gardens’. Chashma Shahi truly enhances anyone’s experience at the Mughal Gardens.

Dara Shikoh, the first son of Emperor Shah Jahan built the gorgeous Pari mahal in the year 1650 in the vicinity of Zabarwan range. The literal meaning of Pari Mahal is the Abode of Fairies and the name rightly suits the place due its fortress like view. The architecture of Pari Mahal is the best display of Mughal architectural ethics. The area is parted into seven terraces just like any other Mughal garden. The third terrace is noted for being unique and different from the rest. The main construction is dome shaped and the Mahal is surrounded by various rooms and compartments. Since the temperatures reach freezing heights in the winter, the best time to visit Pari Mahal is in the summer season. Pari Mahal lies just minutes away from Chashma Shahi and is a must visit place if you plan a trip to the Mughal gardens.